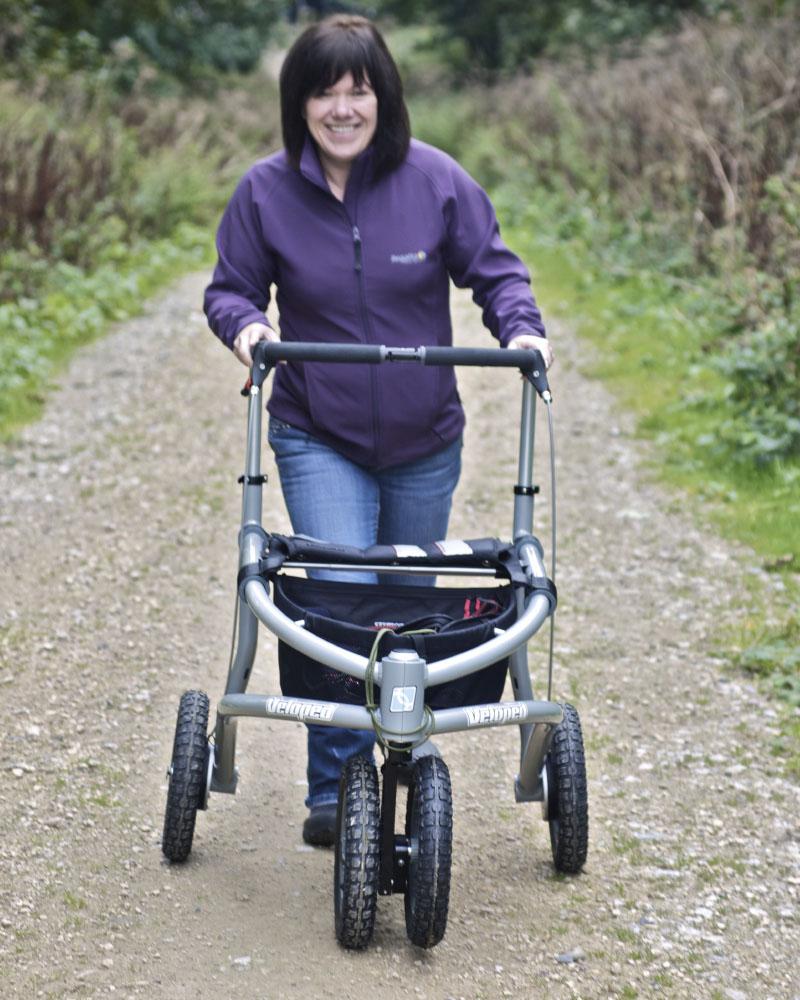 
The Veloped – my new off-road toy - has helped me join the land of the living again. 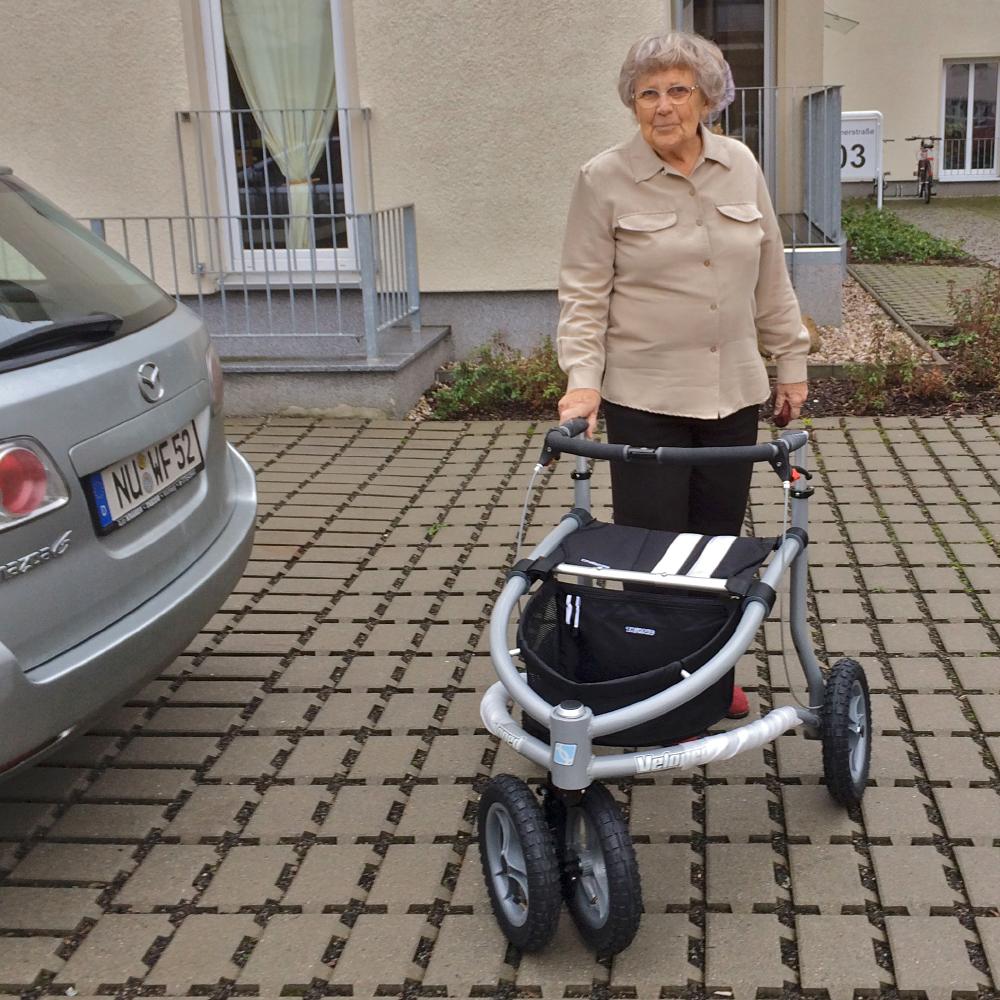 
A newborn Velopedist ready for action 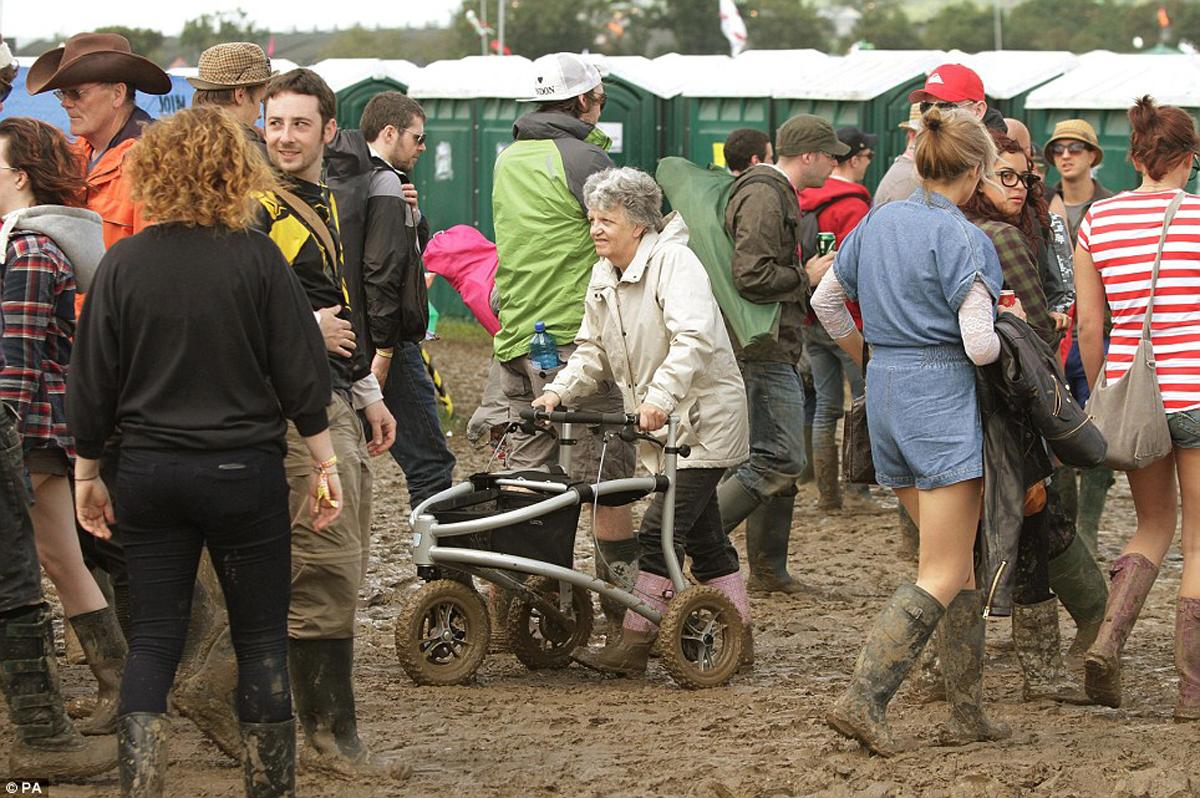 
Undeterred by the mud, rain...and throngs of youngsters, this grey-haired Glastonbury fan pushed what appeared to be a walking frame through the crowds yesterday. 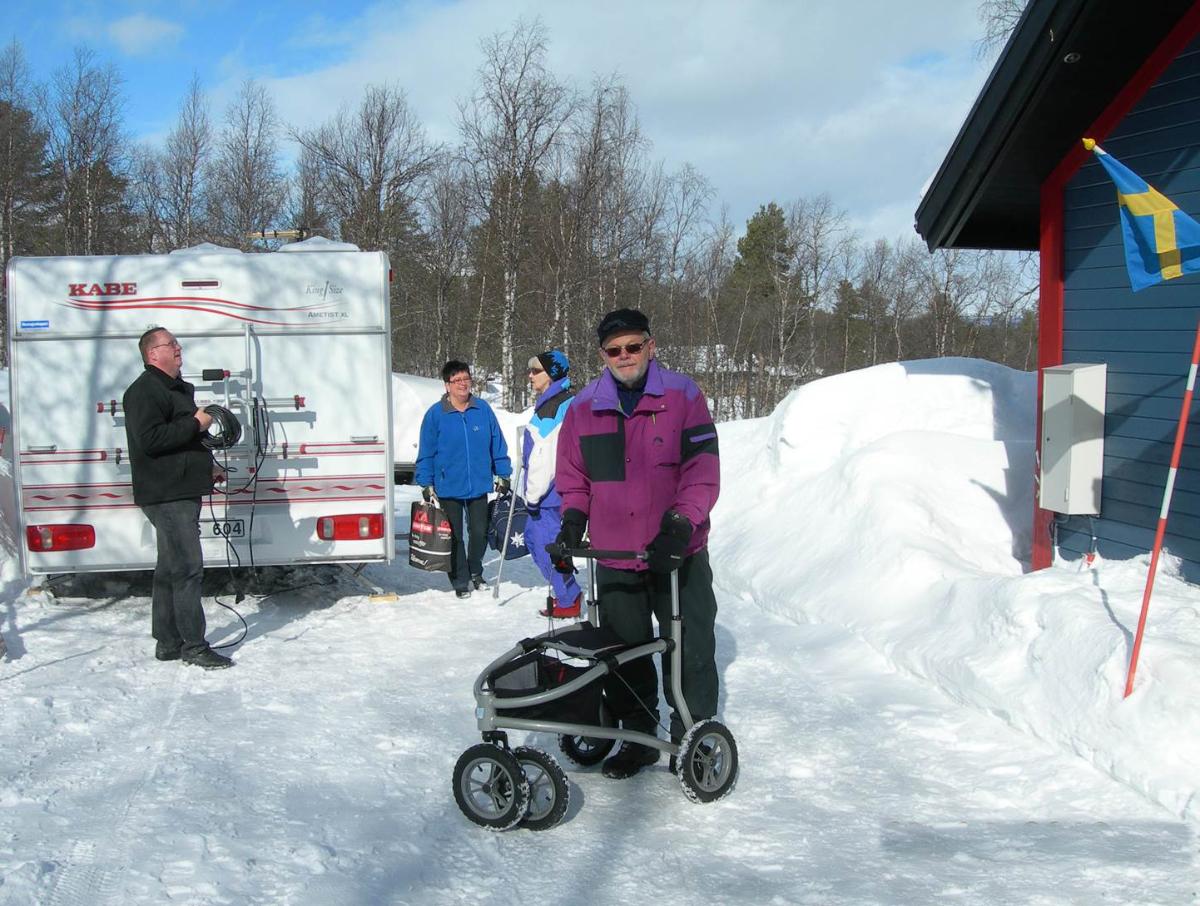 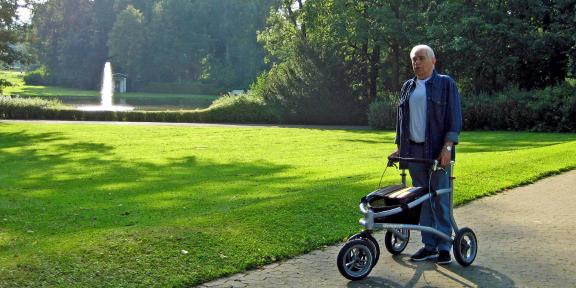 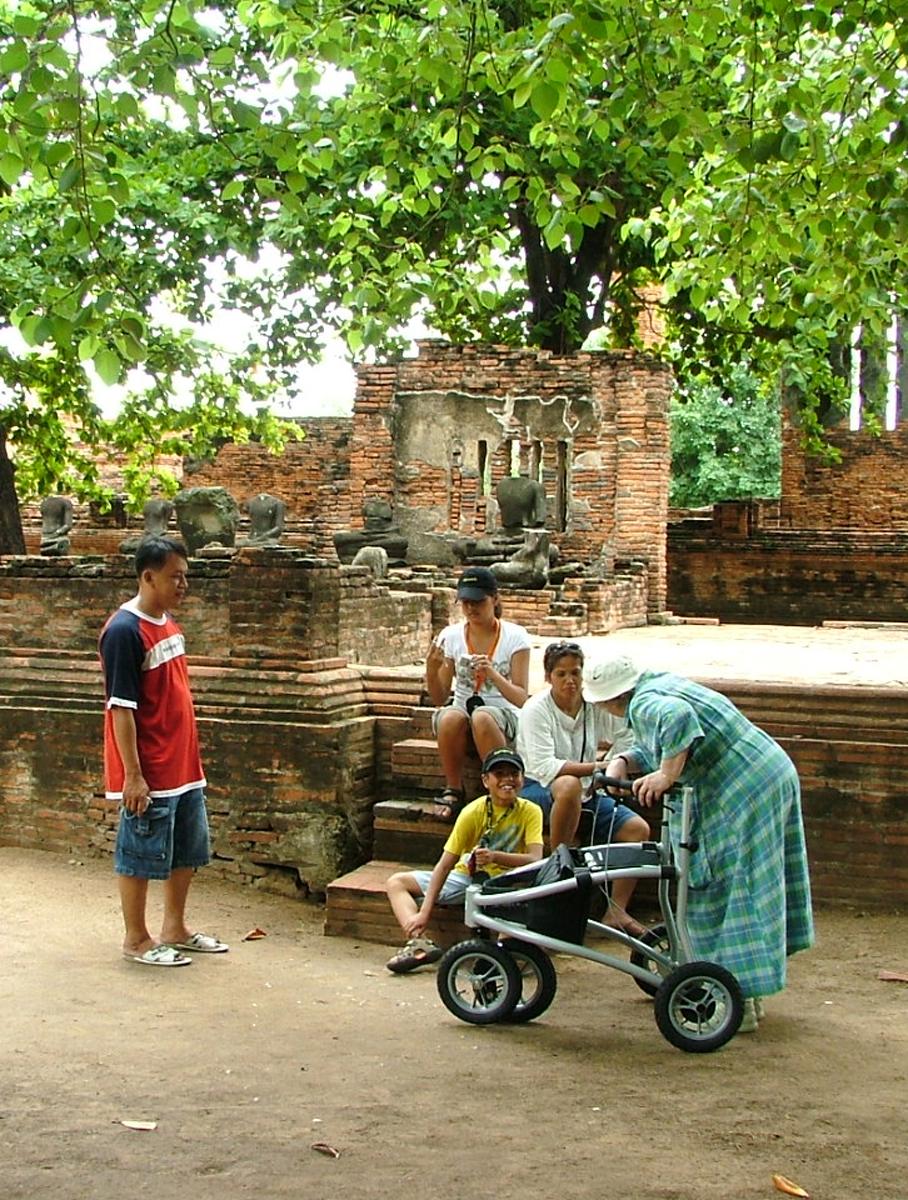 
A Swedish Velopedist on holiday in Thailand 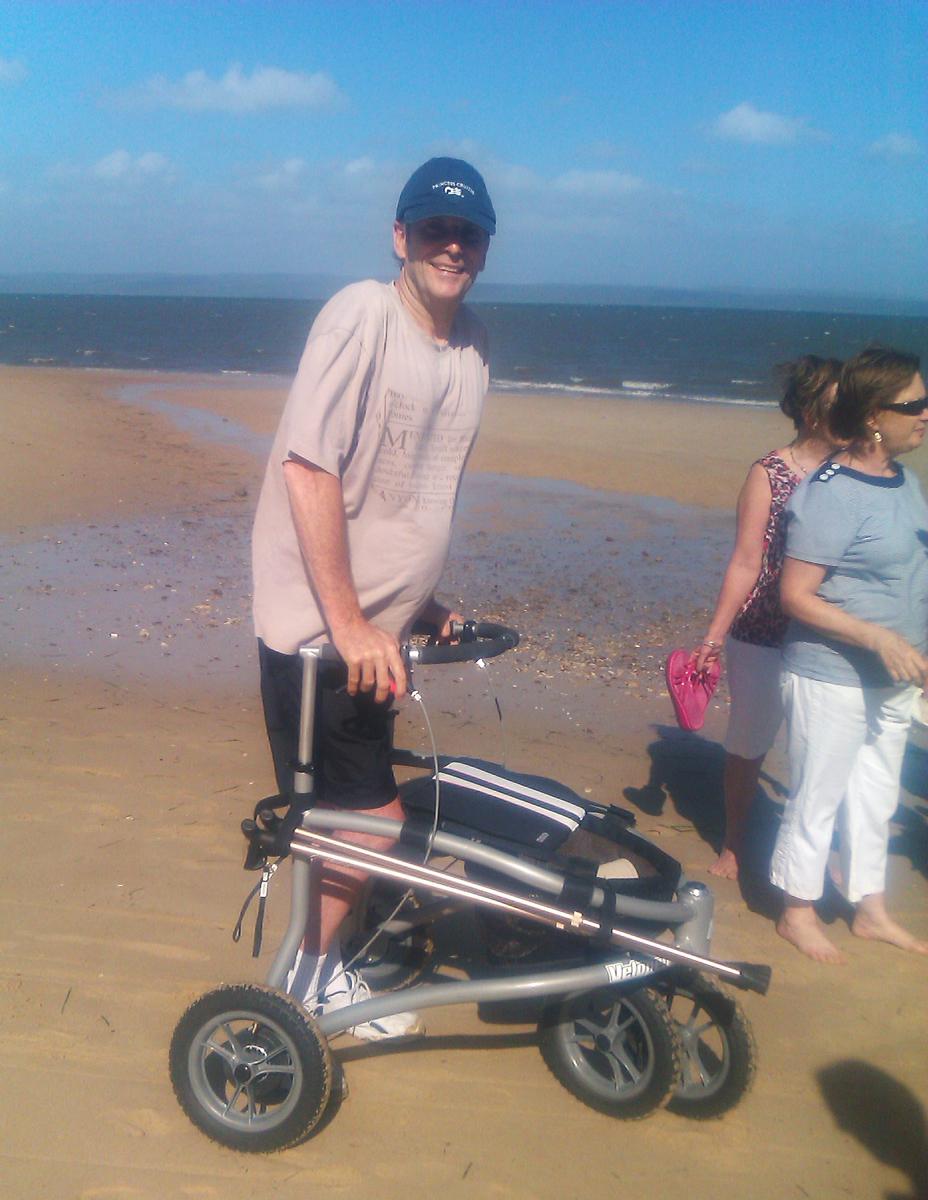 
Aussie Ken on the beach 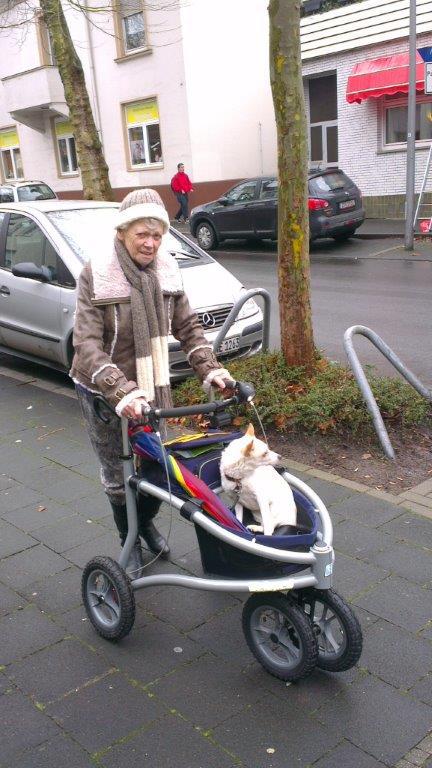 
Gundel Lochno's mother out on a stroll with her dog 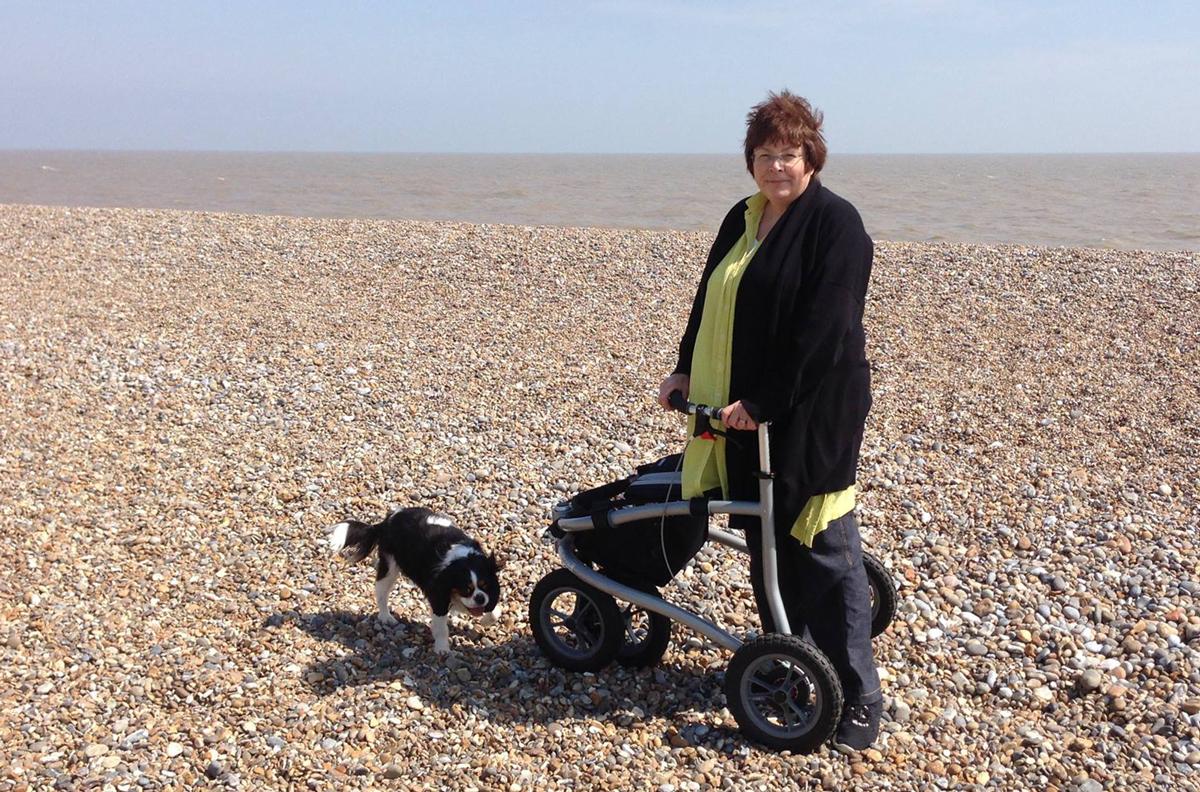 
A British Velopedist walking her dog on the beach


Siegfried walking along the beach in Egypt 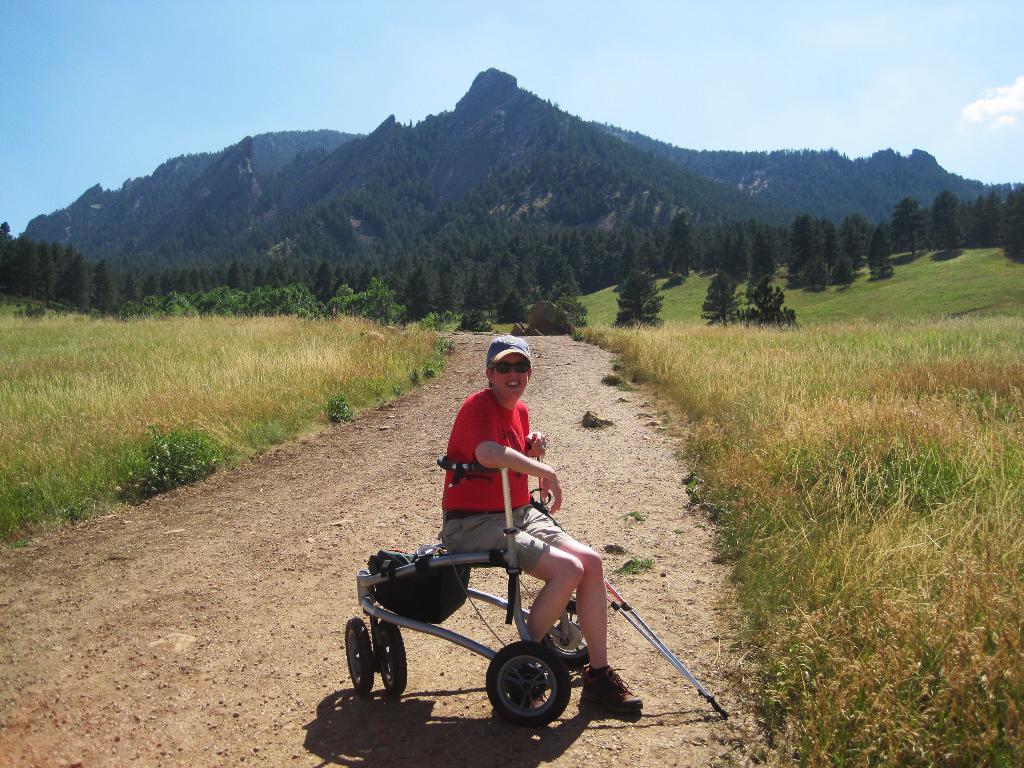 
Kathleen taking a rest along the hiking path 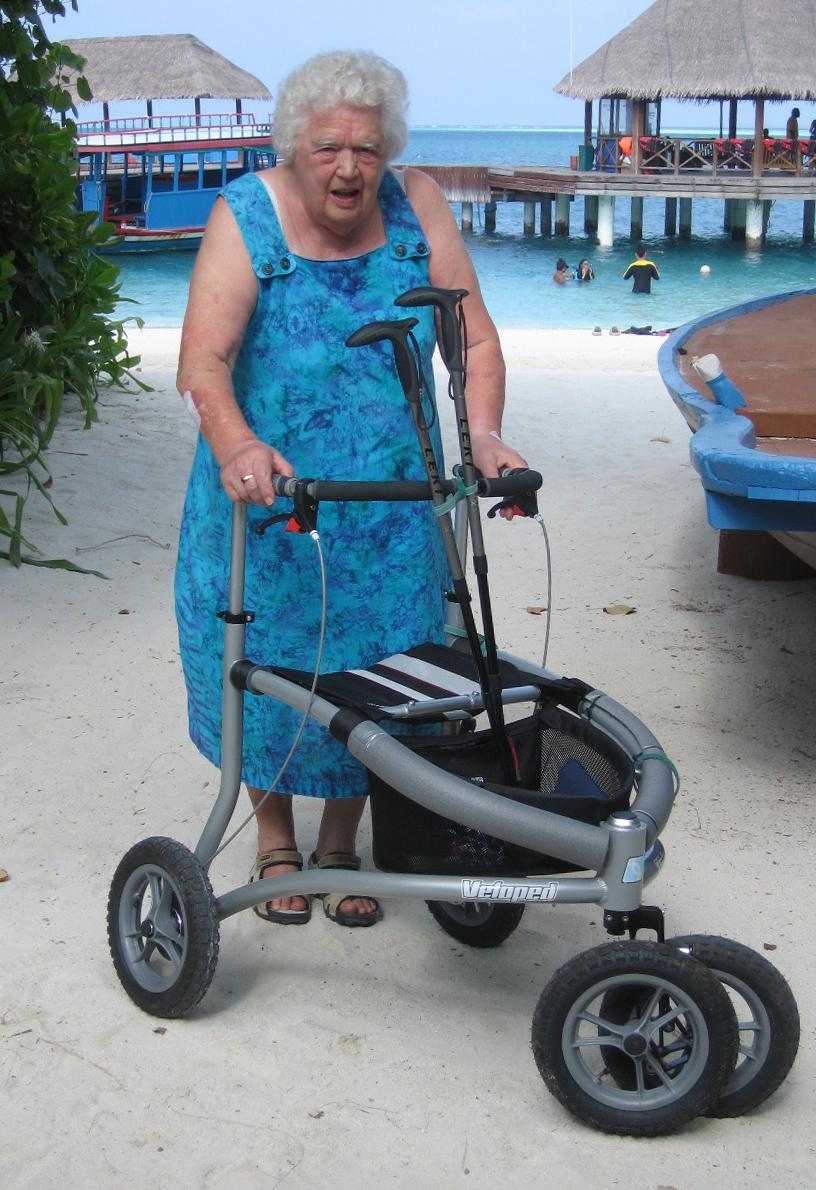 Jillian in the Maldives


Being able to walk the beach was a highlight on her trip. 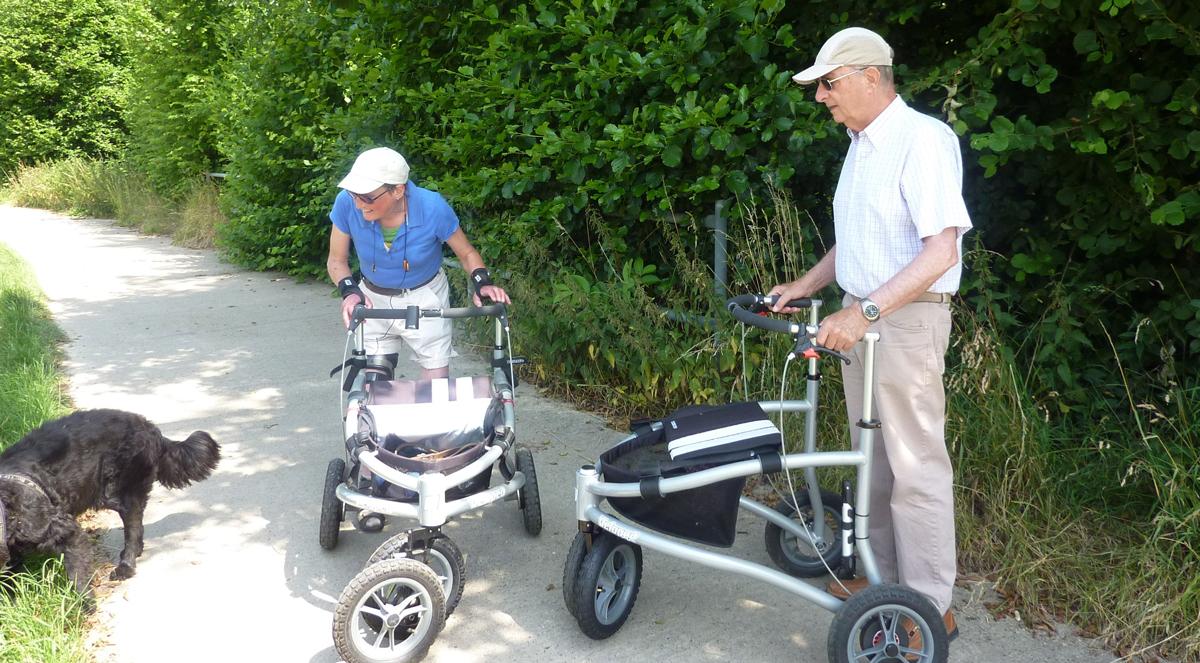 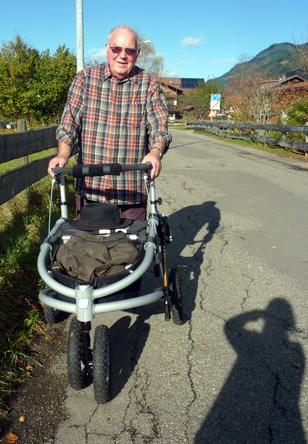 
Manfred out walking in Oberstdorf 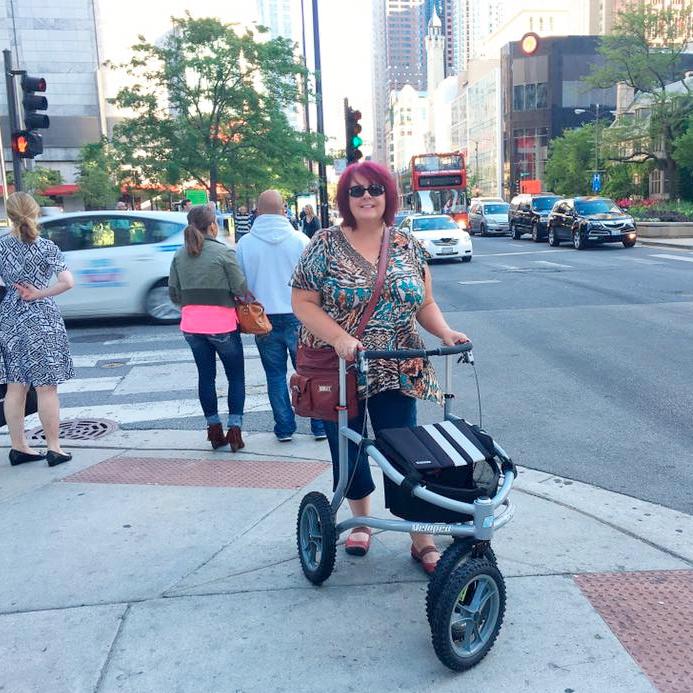 
Four years ago I lost half of my balance after undergoing brain surgery. This has made long walks or hikes very challenging. UNTIL NOW. I love my Veloped Tour! Whether walking the prairie path near my home or navigating the busy streets of Chicago, Stefan (the name I gave it) brings me stability and freedom. 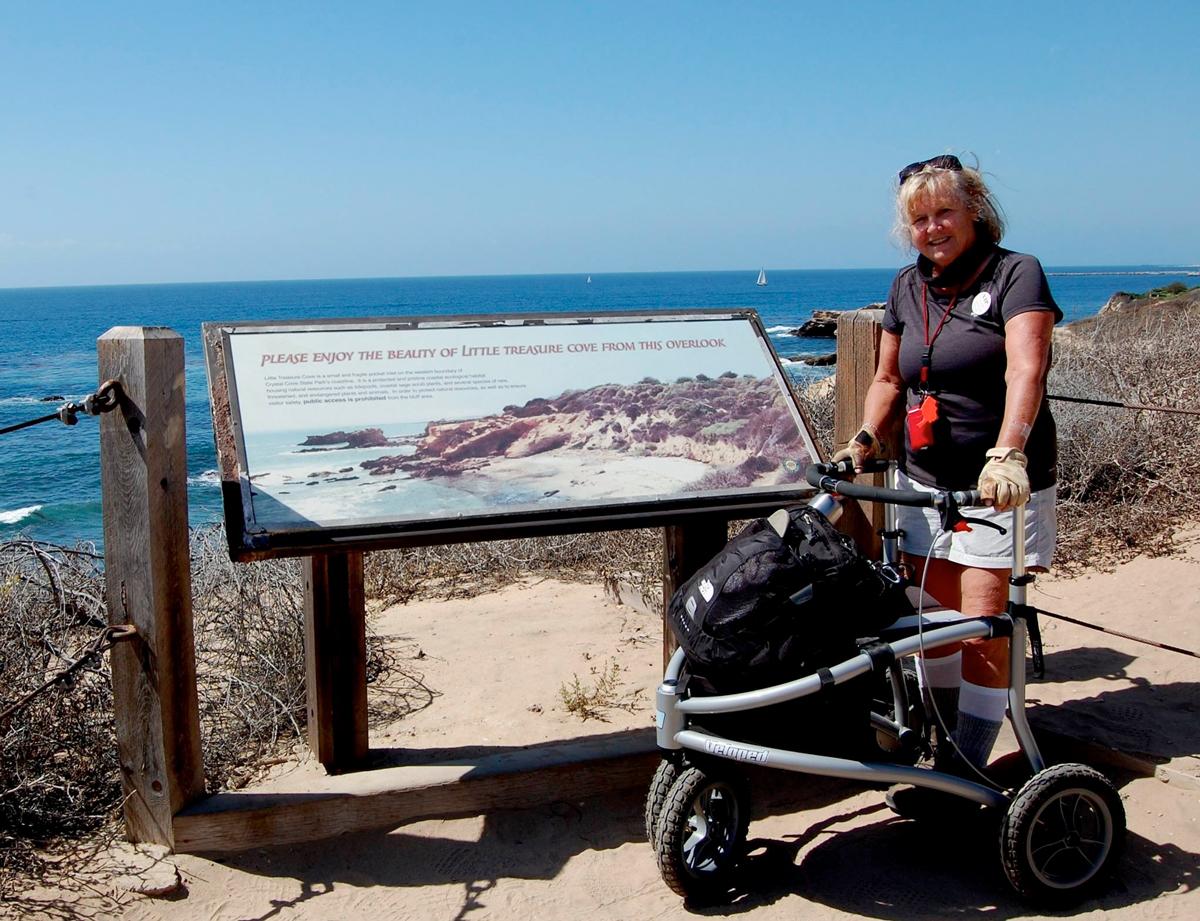 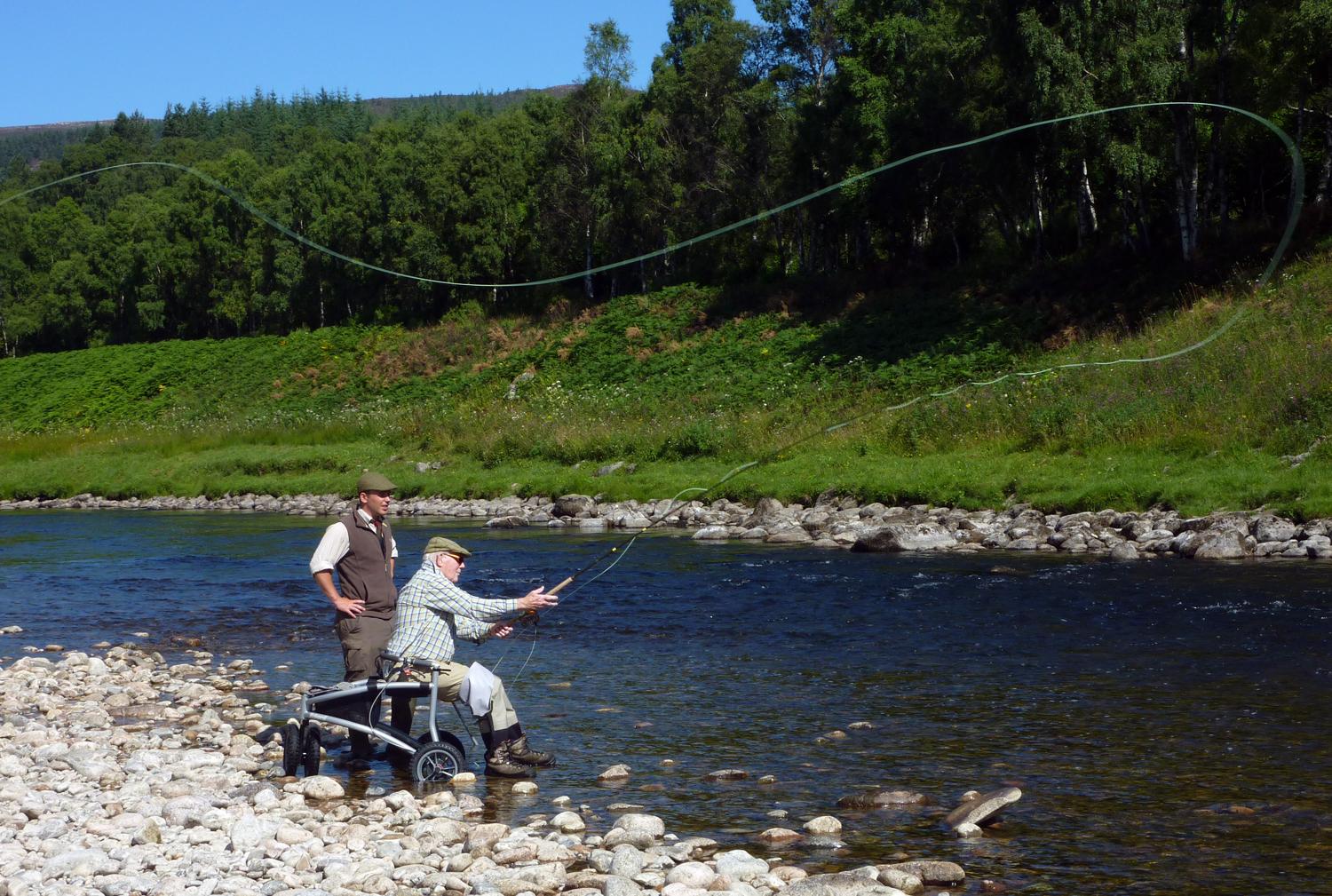 
Fishing in the River Dee 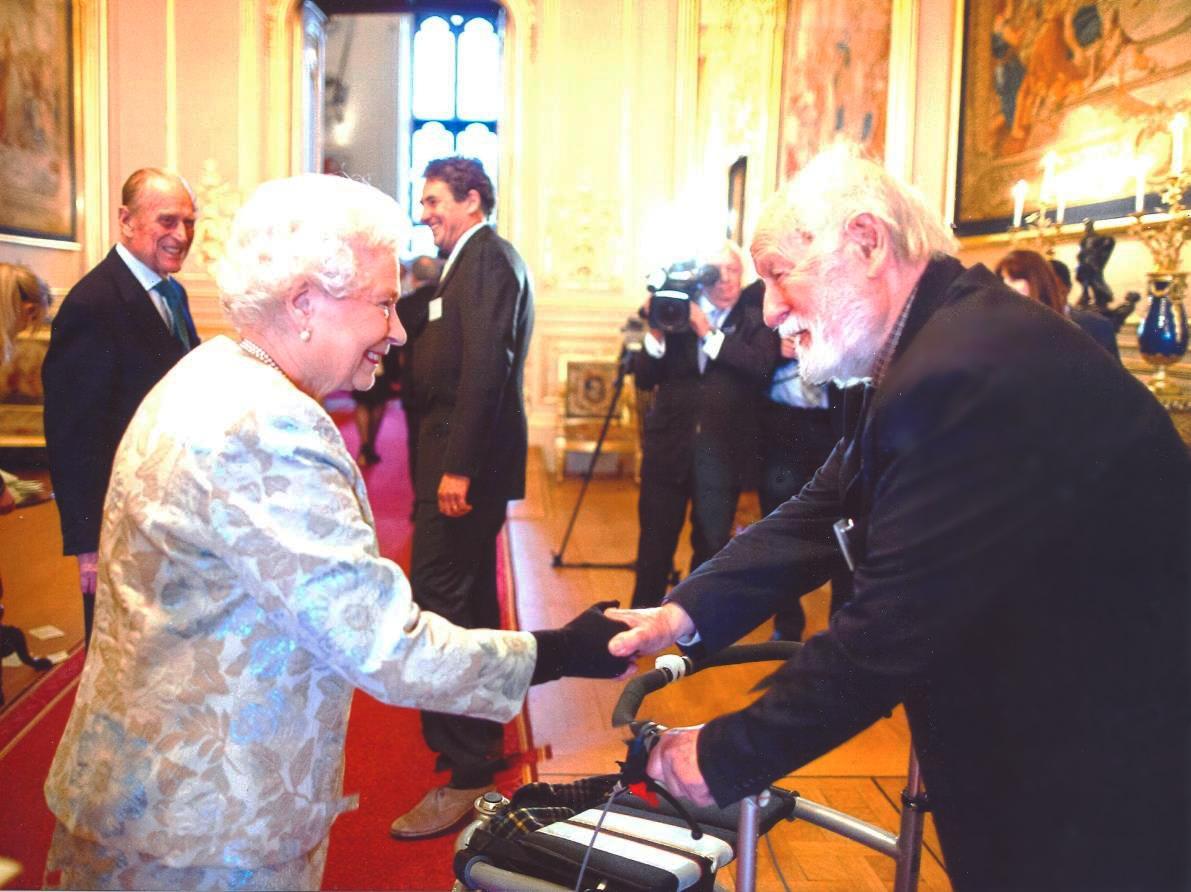 Veloped meets the Queen of England 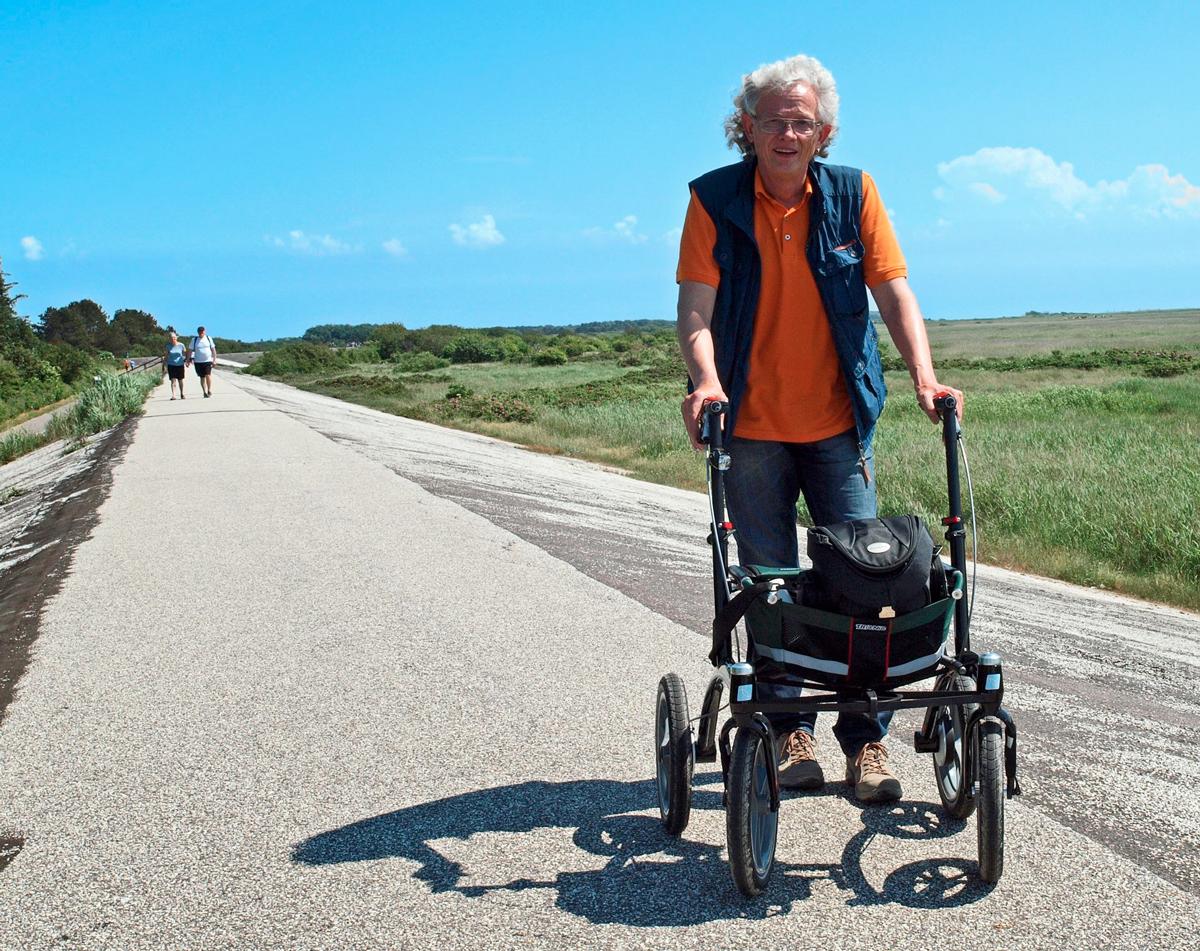 
Thomas with his Walker 14er in Sankt Peter Ording. 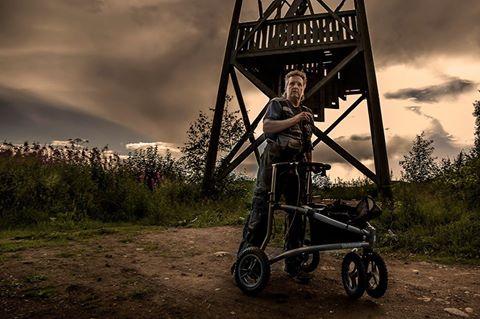 
Keen photographer Harri's photos are always a pleasure to see 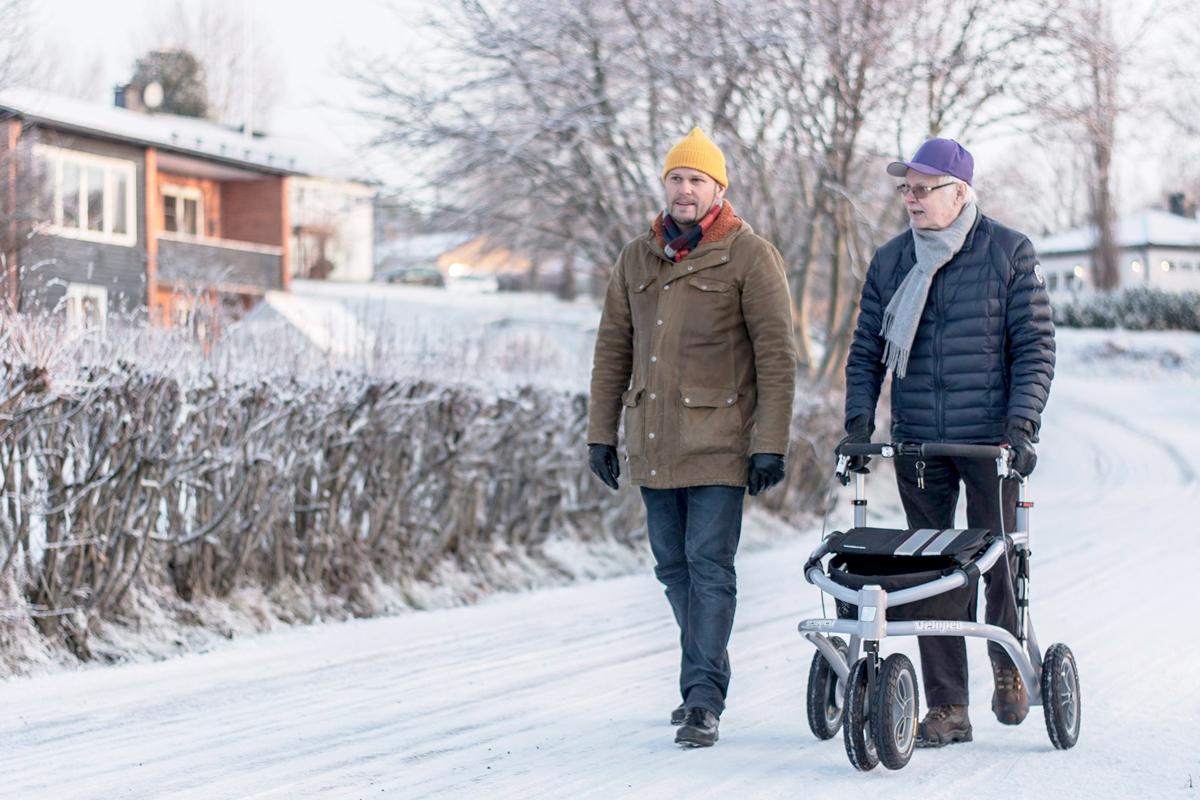 
Raimo and his son Johan out walking during the Christmas Holidays 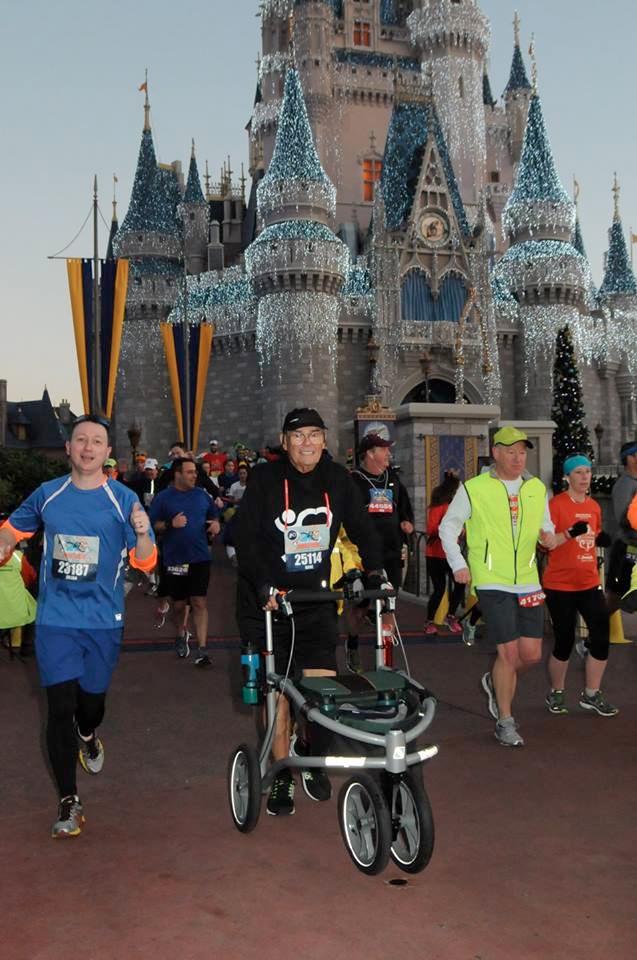 
Who thought that a 79-year old would be able to complete a half-marathon AND a full marathon in one weekend: HANK DID IT! WAY TO GO! 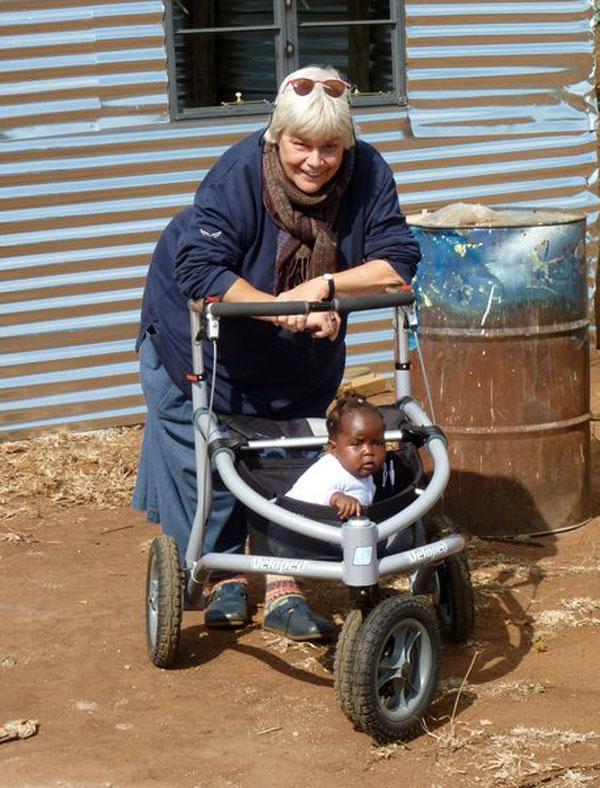 Gertrud is giving a helping hand in Swaziland 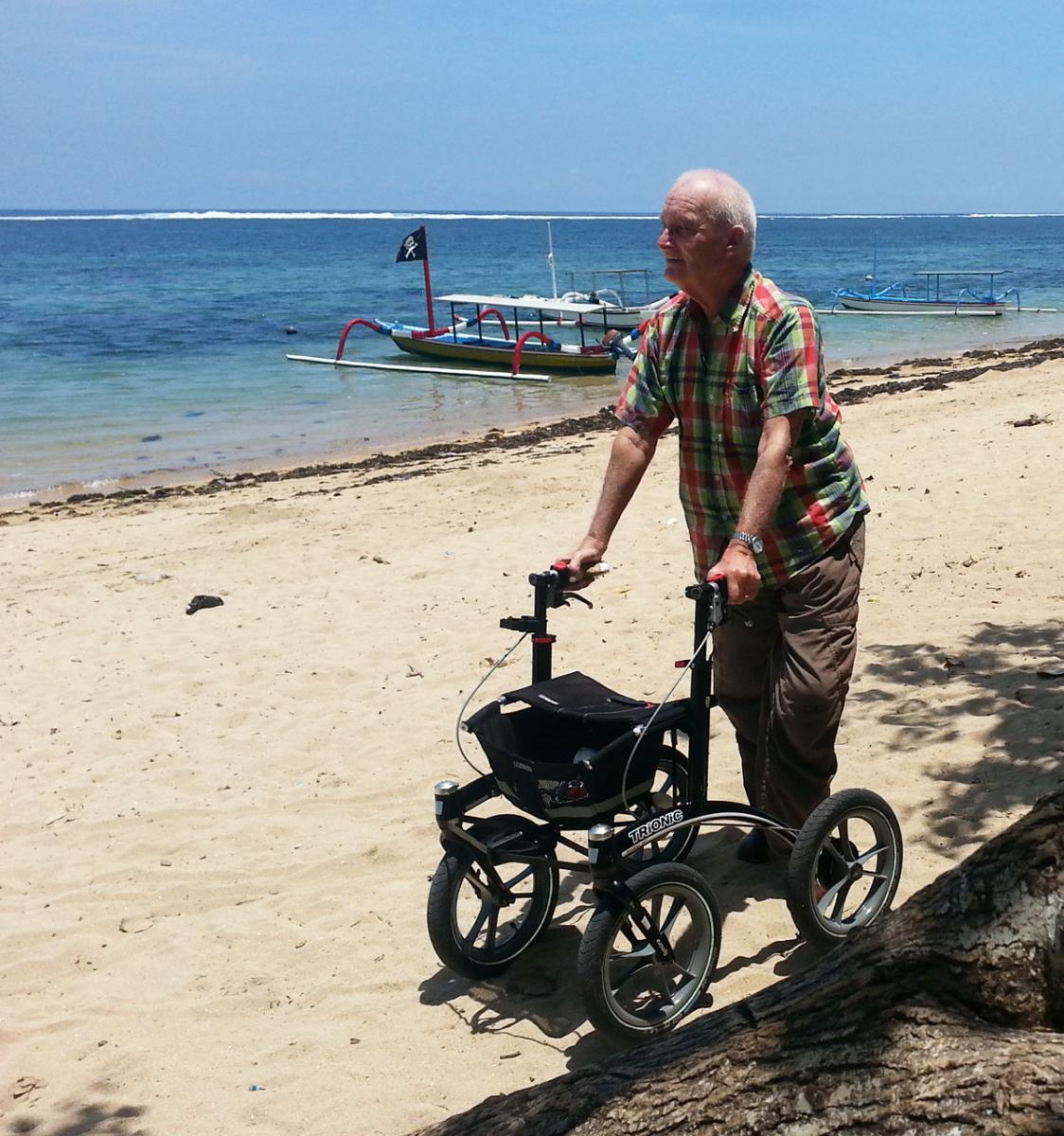 
Wim Wollendorf enjoying a beach walk on Bali in Indonesia 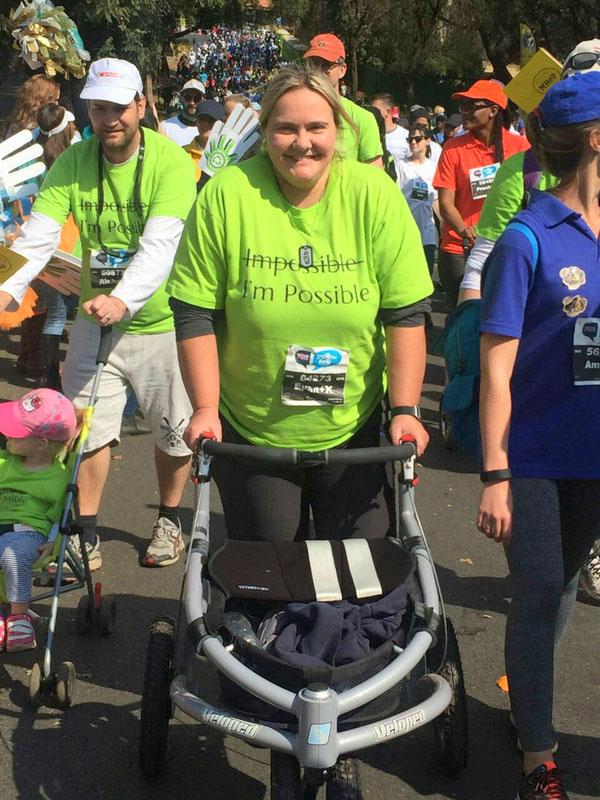 Wiandri during the Walking Race


In July 2016 Wiandri participated in a Walking Race in South Africa with her Rehab and Physiotherapy team.